A popular Tiger of Ranthambore National Park, T-24 known as Ustad has been alleged of killing a forest guard, Rampal Saini as his body was found dead in T-24’s territory. Taking this into consideration, Ustad was put out and shifted to a new place which is nothing more than a mere Zoo in Udaipur by the forest officials.

What can be more mesmerizing than experiencing real excitement and thrill in some of the best Wildlife resorts in India? Feel the excitement of spending a few nights at any of these great Wildlife Safari Lodges and spend your vacation in the wilderness of the best National Parks in India. 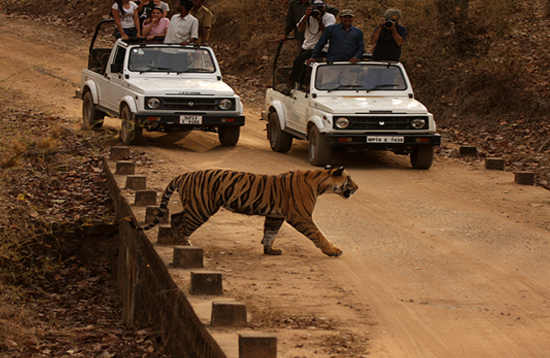 Wildlife Calling!!! Yes, you heard it right. There is a piece of GOOD NEWS for the wildlife enthusiasts and nature lovers that will certainly delight them. The national parks that were locked because of the monsoon season are opening from October 2014.