Bharatpur Bird Sanctuary, also known by the name Keoladeo Ghana National Park is situated in the Bharatpur region of Rajasthan. It is one of the best bird parks in India, where the tourists can get a wonderful opportunity to see different species of birds. The park is spread over an area of 29 sq km and serves as a perfect abode for over 230 species of birds. The Keoladeo National Park is listed as one of the UNESCO World Heritage Sites in India.

Thousands of ducks crowd the marshes and pools that include more familiar species, hundreds of Ferruginous and Lesser Whistling Ducks plus smaller numbers of Red-crested Pochards and Spotbilled Ducks. Both White and Dalmatian Pelicans may occur and large numbers of Common Cranes along with smaller numbers of Sarus Cranes use the reserve in which to winter.

Safari in Bharatpur is conducted on the Cycle Rickshaws. It is also possible to take Cycling and walking tours within the sanctuary.

While the Park remains open throughout the year, the best time to visit Bharatpur is from August to November for resident birds and October to February for the migrant birds.

By Air: Delhi and Jaipur are the nearest airports that connect the park with the prominent cities and towns of India.

By Train: Bharatpur is the nearest railway station, which is just 5 kms away from the park.

By Road: The park is conveniently located, 56 kms/1 hour away from Agra and about 200 kms/4 hours away from Delhi. 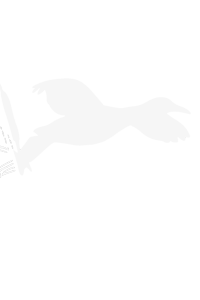